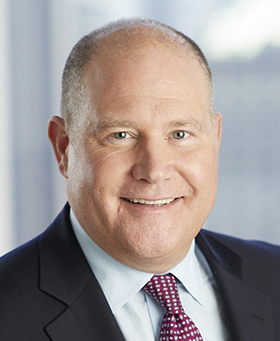 Rob Bentley has led a 30-year career in insurance and reinsurance broking, analytics, software development, and executive management.  He serves as the CEO of Guy Carpenter’s Global Strategic Advisory which is comprised of Advisory, Analytics, Structured Risk, M&A Advisory, Lloyds Capital, and Business Intelligence. He is a member of the firm's Executive Committee.

Rob re-joined Guy Carpenter from Marsh, where most recently he served as president of the US and Canada Division.  Previously, Rob was president of Marsh Insurance Services which included Marsh Sponsored Programs, Marsh Private Client Services, Marsh ClearSight and Victor O. Schinnerer & Company.  Rob returned to Marsh McLennan after spending five years at Risk Management Solutions, where he served as Chief Operating Officer and board member with global responsibilities for strategic execution across internal and client-facing operations. Prior to that, Rob spent 17 years at Guy Carpenter, where he held the positions of Global Chief Operating Officer, Western Region manager, and head of Global Analytics.

Rob holds a BA in philosophy from the University of Virginia and is an alumnus of the Stanford Executive Program.