Emerging off the coast of Cuba early Sunday afternoon, hurricane warnings have been issued for the Florida Keys, while a hurricane watch extends north to Naples on the west coast and Boca Raton on the east coast of Florida. Sustained winds up to 75 mph, gusting to 85 mph, are expected in the warning areas while those conditions are possible in the watch zone over the next 48 hours. Accompanying hurricane force winds, rainfall totals of 6-10" and storm surge up to 3 feet above mean high tide and isolated tornados are anticipated across portions of southern Florida. After clearing the Florida Keys, Eta looks to gain strength in the east-central Gulf of Mexico before a late week approach back towards the Gulf Coast of Florida. 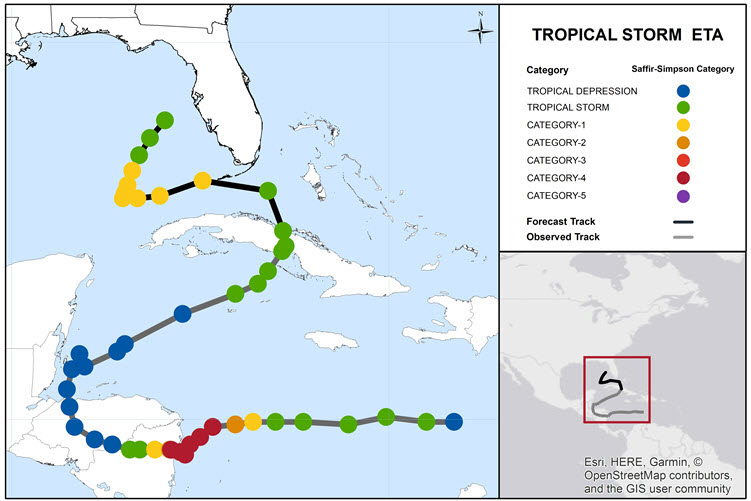 Region of key impacts and hazards associated with Eta in south Florida. Click on image to see detailed assessment through NWS/NOAA. Source: NHC/NOAA. 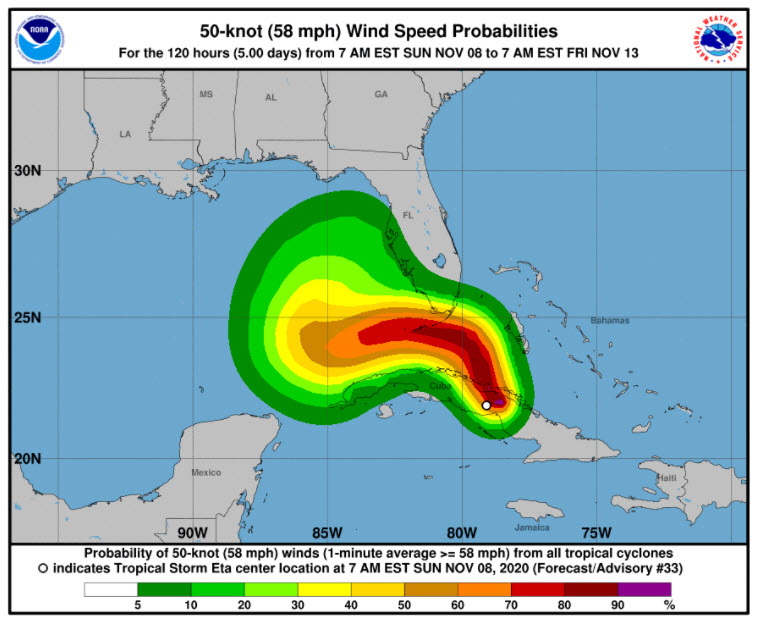 Five day forecast of 50-knot wind speed probabilities. The large range of outcomes by five days highlights the uncertainty in the longer range forecast. Source: NHC.[/caption] With the short range forecast relatively certain and larger uncertainty mid-week and beyond, the next update on Eta is planned for Tuesday, November 10th. Statements from official meteorological and emergency management agencies supersede this update, and should be closely followed concerning matters of personal safety.