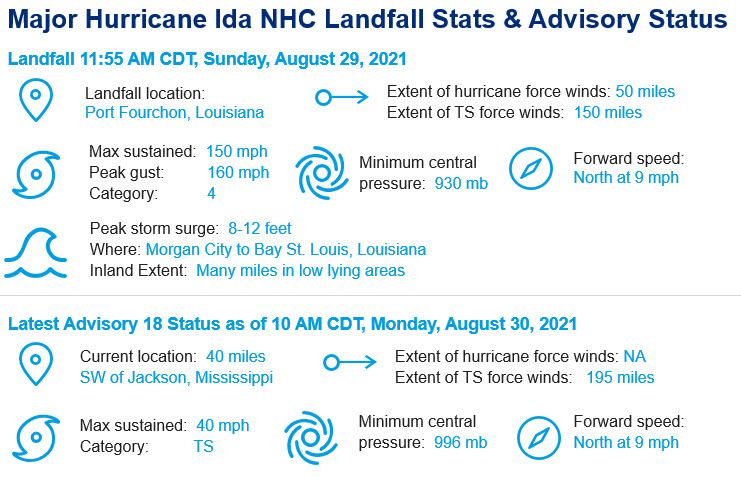 What's Next for Ida? Ida is expected to track to the northeast as a depression before exiting the Mid-Atlantic coast on Thursday.  Source: NOAA.