Climate change and the industry: Where do we stand today?

In this article published by The Insider, Guy Carpenter’s Jessica Turner reflects on the industry’s progress in addressing climate change.

The first half of 2022 was characterised by warmer-than-average conditions across much of the globe. According to the National Oceanic and Atmospheric Administration, it was the sixth-warmest January-June period since record-keeping began in 1880.

Extreme weather events exacerbated by climate change, such as the flooding seen in Australia and South Africa or wildfires in Europe, soon followed the heat. Consequently, questions about how our industry should react remain front of mind.

Fundamentally, there are two opposing risks that must be managed: physical and transition risks. In brief, physical risk refers to the possibility that weather events will increase in frequency and severity, causing increased losses to insured portfolios.

Transition risk refers to risk arising from changing strategies, policies or investments as we move to a zero-carbon world.

Physical risk modelling in insurance is rapidly advancing in sophistication. Guy Carpenter has created adjustments to the frequency and severity of catastrophe models’ stochastic catalogues to reflect future climate change impacts at multiple future warming levels for most material perils. Vendors and individual firms have also undertaken such projects, both to meet regulatory demands, and also to inform planning and business decisions. Increasingly, the need for reliable physical risk modelling is becoming a solved problem.

As a result of this exercise and through examining the science, we know that not all perils are impacted to the same extent. Extreme precipitation and wildfire are the most obviously influenced, but others, such as mid-midlatitude windstorm, are less so. Crucially to firms making near-term business decisions, climate change currently contributes only a small amount to annual insurance losses. More important factors are exposure changes, demographic shifts and inflation, among others. An internal study at Guy Carpenter found that climate change will likely be responsible for around a 1 percent increase per annum in losses in the coming decade.

Transition risk, including regulatory risk, has become the more urgent consideration for many.

Among other developments, disclosures aligned with the Task Force on Climate-Related Financial Disclosures (TCFD) are or shortly will be required in the UK, Switzerland, New Zealand, Singapore, China, Canada and France.

In the US, 15 state regulators, representing nearly 80 percent of the domestic insurance market, will begin guidelines for TCFD disclosure in 2022, with full compliance expected after several years. In Europe, current proposals include Solvency II updates requiring long-term climate change assessments to be included in the own risk and solvency assessment and the EU Corporate Sustainability Reporting Directive (CSRD) requiring comprehensive sustainability reporting from 2024.

This means insurers and reinsurers will need greater transparency on the composition of their portfolios with regards to activities covered by the taxonomy, particularly around treaty business, where such data collection may not already be taking place. This requirement impacts all insurance written in Europe by companies subject to the CSRD, which will be the vast majority, regardless of the location of the funded or insured asset. Guy Carpenter is working closely with the market to create disclosure guidelines on portfolio composition to help the market with consistency and transparency.

In addition to mandatory regulation, a number of insurers and reinsurers have signed up to the Net-Zero Asset Owners Alliance and the Net-Zero Insurance Alliance (NZIA), two UN-convened bodies that aim to decarbonize investments and insurance portfolios respectively.

The NZIA is new, having formed in 2021, and represents 11 percent of world premium volume, according to its website.

Click image below to see enlarged version of chart

Currently, the organization is finalising its method for calculating the carbon represented in underwriting portfolios and is expected to lay out a framework in early 2023, with members submitting their own interim target between now and 2050 six months later.

The development has the potential to be disruptive, as the membership consists of a much larger share of the reinsurance market–over half by written premium–than the primary insurance market. The 2023 carbon accounting framework will cover only direct and facultative insurance in the first iteration, so there is still some time for adjustment on the treaty side.

Climate change and its impacts on our industry will remain a key topic in the coming years. In addition to risks that must be managed, there will be opportunities in the transition, such as the exploding growth in renewables offering investment and insurance opportunities. Best practices that we have observed in the market include internal education, quantifying physical risk through modelling, and proactively preparing for the regulatory and policy changes which are sure to come with the transition. Increased transparency, data collection and disclosure will be paramount, along with increased dialogue with stakeholders and counterparties.

The Insurer: Climate change and the industry: Where do we stand today? 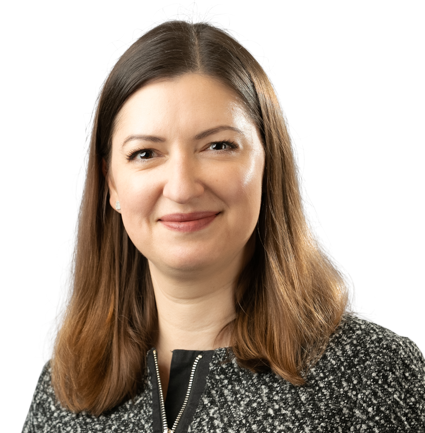