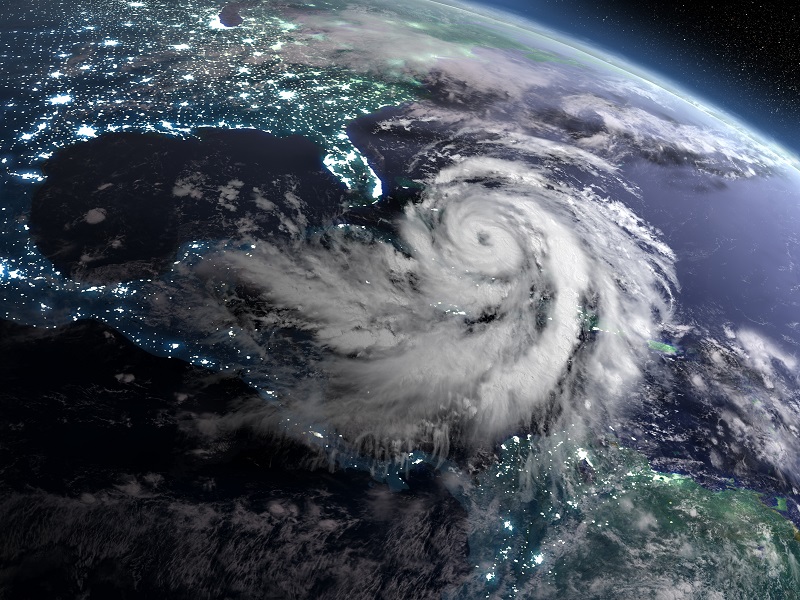 Guy Carpenter published the annual briefing on the 2021 Western North Pacific Basic Tropical Cyclone season. According to the briefing, the number of tropical cyclones forecast to form between April 1 and September 30 is above normal. Near- to above-normal activity is consistent with the El Niño–Southern Oscillation (ENSO) neutral conditions which follow a weak to moderate La Niña year. However, on a region-by-region basis, the number of forecast tropical cyclone landfalls across East Asia varies significantly, with below-normal figures forecast for Japan and Korea, above normal for East China, South China, Taiwan and Vietnam, and near normal for the Philippines (see Table 1). Other key findings include:

Commenting on the findings, Jeremy Waite, Asia Pacific Catastrophe Advisory Group Lead, Guy Carpenter, said: “The predictions suggest that the region will experience a very active tropical cyclone season. However, the number of storms forecast to make landfall is expected to be slightly below the long-term average, although the exact location of these landfalls remains uncertain. By generating these forecasts, we are providing our clients with critical information that will enable them to plan for potentially significant insured and economic losses.”

Table 1. Historical and predicted averages of tropical cyclone landfalls from April to September. 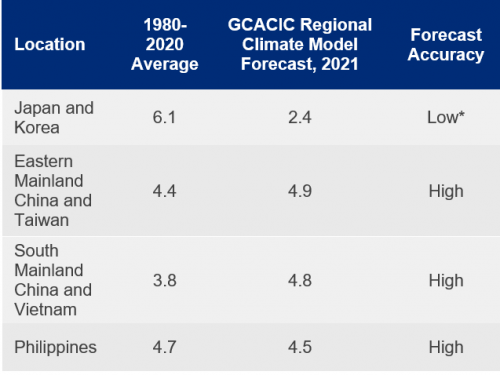 *This region shows a systematic low bias compared to the Regional Specialized Meteorological Center (RSMC) Tokyo historical data. Note that tropical cyclones pass through multiple regions. As a result, in this table a single event can be counted several times as it makes landfall in different territories. When compiling the landfall figure of 9.9, each cyclone is counted as a single event. Karl Jones, Head of Global Strategic Advisory Team in Asia Pacific, Guy Carpenter, added: “Tropical cyclone risk is a key area of focus for our clients, and we have seen significant impact from such events across Asia in recent years. Guy Carpenter is committed to enhancing our tools and insight across the region, particularly in quantifying the impacts and uncertainty from climate change.” The briefing is produced by Guy Carpenter in partnership with the Guy Carpenter Asia-Pacific Climate Impact Centre (GCACIC) at the School of Energy and Environment in the City University of Hong Kong. The forecasts for tropical cyclone formations and landfalls are generated using an East Asia climate model.