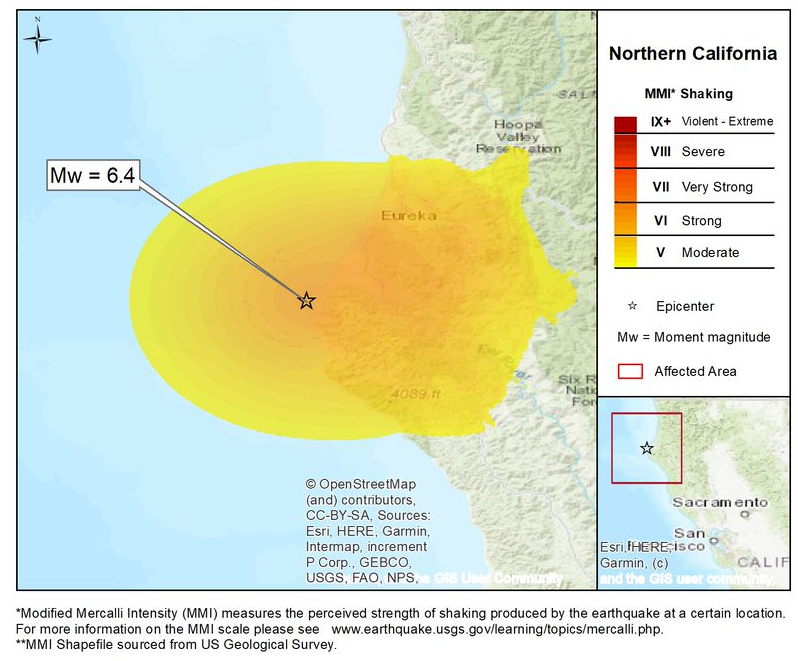 An early morning Mw6.4 (2:34AM local time) earthquake shook the Northern California region near the city of Eureka (population approximately 26,000). The earthquake’s hypocenter was at a depth of 11.1 miles and located less than 10 miles west-southwest from the town of Ferndale, CA. Very Strong (MMI VII) shaking intensity was estimated to have been felt by at least 50,000 people in the region. Initial damage reports are relatively light in the region and an indication of effective seismic standards in the California building codes. The most significant initial impacts were from electric power outages in Humboldt County, where approximately 70,000 customers were affected.